The story of a pioneering instinct

Interview with Paolo Menuzzo, Chairman and Founder of CAME

How did CAME come about?

CAME was born out of instinct, or rather out of an ability to recognise, and find a way of satisfying, a need that was probably felt by many. Let me explain. It was the late ‘60s. After finishing my studies, I split my time between school, where I was the assistant to the Electric Measurements teacher, and work, at a company that produced window and door frames. One day I went to see one of our customers. I saw him pull up in his Giulietta and get out of the car in the pouring rain to open the gate, with difficulty. That’s when I thought, surely someone with such a nice car could afford an automatic gate? So that’s when I started researching the market to understand it more and I discovered that, at the time, motorising a gate with a hydraulic system cost 1 million lira – a lot more than a Fiat 500 at 600 thousand lira. But I was so sure that we would have been able to find a different way of automating gates, using less expensive technology, within everybody’s reach. That’s when I got my brother involved; he had been an inventor ever since he was a child, and we started working on our ideas to design electromechanical motors. Came is in fact an acronym – “ Costruzioni Automatismi Meccanico Elettrici” and Electrical Constructions and Automations” – which we modified in the ‘80s with “Electronic”. At the outset, no-one believed in us. We weren’t just craftsmen, we were real pioneers. We started to make the first aluminium foundation boxes for gear motors, instead of making them out of cast iron, and it was a real investment because back then only car engine manufacturers could afford to make the moulds and amortise the costs. But, in the end, thanks to strong market demand, business really took off and in the ‘80s we moved to our first warehouse. Came’s success strengthened in the 1990s when rules were introduced to regulate the systems to make them safer, and many of our competitors, which had emerged in the meantime, had to shut down because they weren’t able to adapt. In addition, the market was pushing us to expand abroad and offer different, increasingly integrated solutions. In any case, that’s when it all started, on that rainy day.

Is there one particular product that you are more proud of than the others?

Most definitely the FROG, the first electromechanical motor for swing gates which we invented and patented (it was originally called A1). It was an underground motor, which finally meant we didn’t have to spoil the aesthetics of the gate, because the motor was totally “invisible”. The initial problem with this motor was that, being underground, the device that ensured that the gate stopped at the end of the manoeuvre was at risk of being exposed to infiltrations. The real invention was putting timers in the electric panel, where it was dry. This stop, no longer mechanical but timed, stopped the motor at the end of the manoeuvre after a preset time.

The other invention was the addition of a force regulator which meant that the sunken motor could operate at a lower voltage (120V, 140V and 160V instead of 220V), to reduce the power and make it safer in case of knocks. These two inventions meant that the FROG was really well received and imitated around the world. Now these aspects are managed electronically, they are nothing special, but at the time they were true innovations.

Compared with the years when CAME took its first steps, what are the challenges faced today?

Today it is no longer enough to offer good products, because people rightly take it for granted that products work and respect the minimum quality standards. So, the keyword for overcoming current challenges is “solutions”. Today, the idea of “solutions” has revolutionised a market which increasingly seeks interaction with just one point of reference, one partner that is able to offer advice, immediate support and a full and integrated product range that allows a solution to be designed ad hoc.

We, for example, have been offering solutions since the beginning, solutions that have actually revolutionised the market for gate motors. Initially, a metalworker made and set the motor on the sliding gate and then an electrician connected up the electric panel. By creating a system with the electric panel attached and a mechanical spring stop, the motors for sliding gates were ready to install and started to be sold not just by hardware stores but mainly by wholesalers of electrical equipment.

What was CAME’s path to internationalisation?

Committing to the local culture is really important, understanding the specific needs of every market. We worked this out in the 1990s when, with the company continuing to grow, we decided to take on the foreign market. During that time, for example, we realised that use of gates was widespread almost exclusively in the Latin countries. As we were gradually understanding that habits were different from country to country, we decided to open separate foreign branches, led by local general managers, people constantly up to date on the laws and incentives in their own countries and, what’s more, who had a personal interest in managing the branch as well as possible, because they themselves held shares in the business. That’s how we started expanding into different countries around the world, and we were successful in meeting those different needs by offering personalised solutions in each context.

From motors for gates to home automation and Expo 2015, what’s the driving force behind this evolution?

Opening up to foreign markets in the 1990s really cranked things up a notch because it pushed us to provide ever more complete and integrated solutions. In foreign countries, demand for the full package was growing stronger, as was the liking for dealing directly with just one company for all things related to access control. From a commercial point of view, if you offer a full range, you have less trouble entering the market and maintaining your share. For example, when we moved into the Eastern European markets, we found that those who were buying motors for gates were also often asking for tubular motors for curtains and shutters. But at the time we didn’t supply them and so the customers turned to other suppliers that could offer everything; we lost more than one interesting opportunity that way. Even our recent acquisition of Go, an Italian company that makes large industrial doors and garage doors, did not happen by chance – customers who want window and door frames want them already motorised.

Today it is really important to offer complete solutions that are made to suit every specific need. This idea also applies to home automation, which allows us to make our homes intelligent in every way (automations, temperature regulation, lighting, etc.), adapting the systems to each customer’s lifestyle and habits. It also inspired us for Expo Milano 2015, where we studied and created an ad hoc integrated access-control system, and also supplied the turnstiles, gate automations, bollards, barriers, automatic doors, etc.

CAME, too, is involved with the Internet of Things. Could you ever have imagined that we could go from manually opening a gate to using remote controls and smartphones?

Definitely not! In the ‘70s, when the home phone rang, I remember my Dad being a bit uneasy answering it because he could hear a distant voice on the other end that he wasn’t used to. We’ve come a long way since then in terms of technology. What, at the time, seemed unthinkable, today is a reality. The older generations can struggle to use the new technology, so much so that, despite the coming of the digital era, even today we still sell a lot of thermostats that you adjust manually with a slider. But, on the other hand, just by way of example, in Luxembourg we are currently working on more than a thousand flats with home automation systems. The younger digital-native generations today want homes with functionalities that, twenty years ago, you only saw in Sci-Fi films, and they know how to use them perfectly. That’s why we always need to be there offering the latest technology, that the market is ready to welcome.

What advice would you give to young people who want to follow a career as an entrepreneur?

Above all, you need to have a lot of drive and enthusiasm, as well as the ability to deal with difficulties and overcome them, always. Being an entrepreneur means coming up against a lot of obstacles and making plenty of mistakes. What’s important is that the mistakes count for less than 49%! To those young people who say that today it is not easy to be enthusiastic and visionary, I say that it wasn’t in my day either. In the past there were a lot more of us than there are now. Every family had three or four children, but not many went on to become businessmen. When I was at secondary school, the highest aspiration we had as pupils was to go to work in the factory in Marghera. When I was nearing the end of my school years, the bosses from the factories would come into class and offer us really good contracts, because there really weren’t many young people at that time who went to school and had some training. But only a few of us chose the riskier entrepreneurial path, following our instincts. I’d also say that it’s not enough to specialise in just one area, you need to learn, find out more and keep up to date with what you need to know to do business, from the technical side of the work to the commercial, legal and financial aspects. It’s those who don’t just stop at what they learnt at school that go far. This is true today, just like it was then. I’d advise those young people who want to become entrepreneurs to keep nurturing their curiosity, because it’s through curiosity that a passion for knowledge and, perhaps, the right instinct, the one that makes the difference, are born. 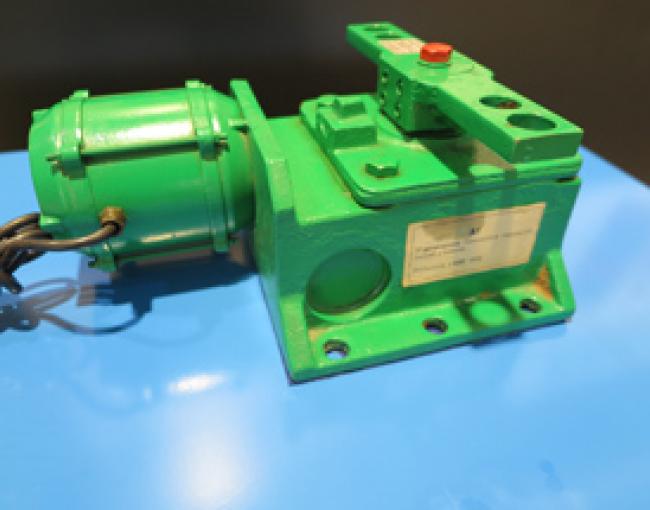 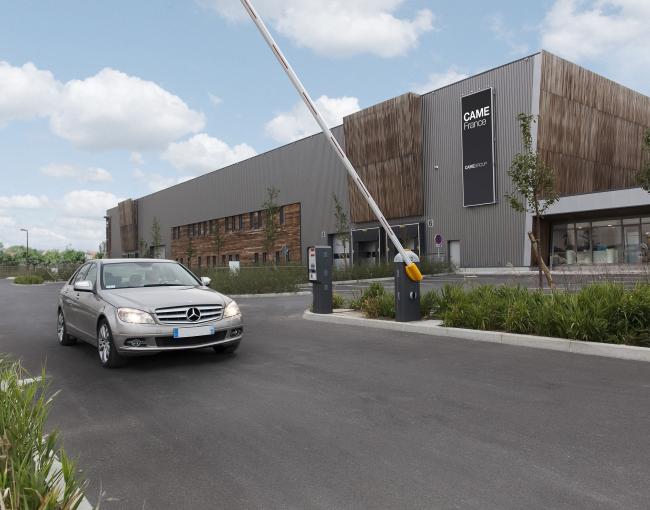 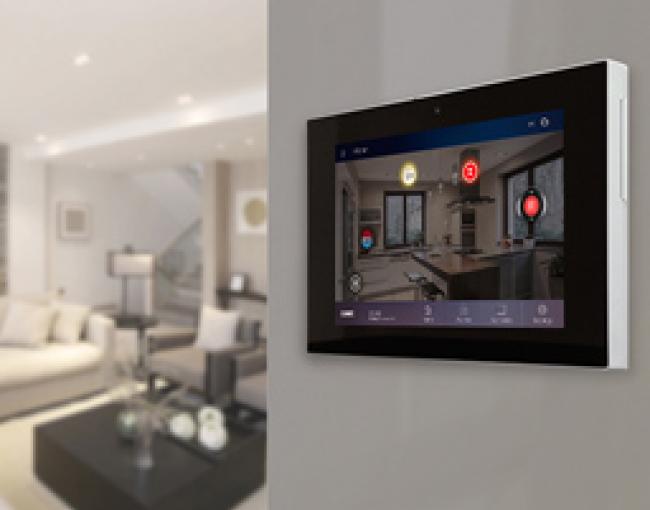