Our solutions for a passive house

We believe that our solutions should blend with users’ lifestyles and their thinking: with this aim we provided the home-automation, burglar alarm and video-entry systems for a 'passive house' built in Gardigiano, near Venice, with solutions that guarantee its owners thermal comfort, without using any alternative-heating energy sources.

The two-family building, made up of two flats measuring 200 m2 over two floors, is entirely made from wood (no concrete), and was specifically designed with a view to being certified as a 'passive house'. In this house, which has no heating systems installed whatsoever, the sum of the heat from the sun coming through the windows and that generated by the household appliances compensates for the heat lost through the building envelope during the colder months.

The house, which is well insulated externally with mineral wool, is fitted with a ventilation system that ensures the air is constantly recirculated, together with a heat pump that injects hot air into the ventilation system in winter and cold air in the summer. Electricity and hot water are generated using a solar panel system.

The house, designed according to the most modern of eco-sustainable building criteria, needed a single system to manage all of its automations, from the video-entry system to the shutters, from doors and windows to the CCTV system, and from LED dimmable lighting to power-load control. The solution needed to be simple and intuitive both for the installer and the owner, who wanted to be able to access it remotely as well as in loco. 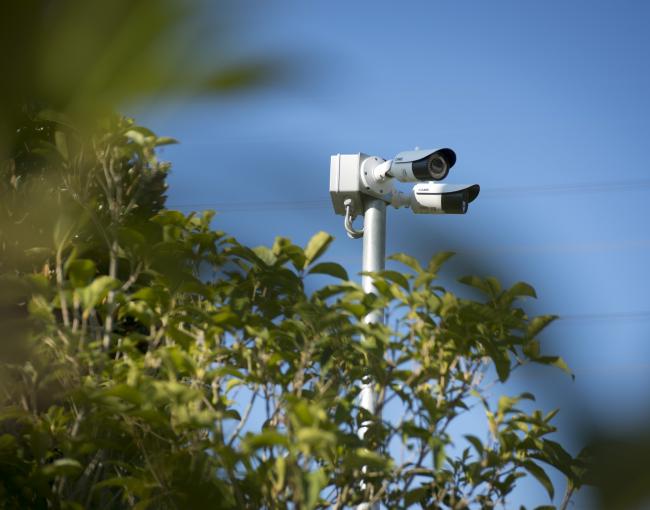 A system for managing all automations

The building was fully automated with CAME's home-automation system, designed to manage the devices installed optimally, offering the best in terms of comfort and wellbeing. CAME Domotic 3.0 is a cutting-edge, comprehensive solution that is modular and fully integrated. It can be adapted to suit the passive house model, without being invasive, because it allows its owners to create a made-to-measure home, choosing which automation solutions to implement and which to add at a later date, as and when desired. Thanks to the CAME Connect technology, the installer and home owner can manage all of the home automations remotely too, connecting to the Cloud via a smartphone or tablet.

The passive house, just like any modern living space, requires a lot of electrical power outlets, which risk causing black-outs when the energy demand exceeds the energy produced by the solar panel system, as is often the case. Connecting two or more household appliances can in fact overload the system. The CAME Domotic 3.0 energy control modules installed in Gardigiano disconnect the less important electrical loads when there is disproportionate demand for power and reconnect them later, following a predefined order set by the home owner.

The system also shows current consumption and the consumption history for the different electrical loads being monitored on a touch-screen terminal, and it allows the user to read the energy produced and energy consumed values for the solar panel system. Using two toroids, one connected before the meter and one at the panel output, the energy produced, energy consumed and the difference between the two are displayed and can be read on the touch-screen terminal. Being aware of energy consumption levels helps to make savings, and live in harmony with the environment.

A CAME burglar alarm system and a CCTV system consisting of a monitor, video camera and digital video recorders have also been installed in the passive house, so as to offer maximum security. And to boot: a video-entry system composed of a Thangram entry panel and a FUTURA IP hands-free colour video receiver with a 7" LCD display and a user graphics interface, integrated video voicemail service and soft-touch buttons, with a digital XIP systems, mounted on the wall.

FUTURA is CAME Bpt’s innovative range of video receivers that feature a large 7” TFT LCD colour display and a simple, sophisticated design, which make them perfect for integration into any environment.

Thangram is CAME Bpt's line of modular entry panels: it is the first designed for use with the new IP digital technology system, and the only model that offers such superlative-quality colour video. 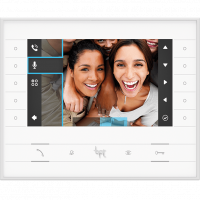 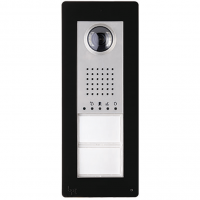