CAME has installed ONE EVO high-security bollards and G6 EVO fixed bollards at the points of access to the pedestrian areas along the Croisette and Boccacabana beach, showing how protecting urban environments and people lies at the core of the company’s strategic vision.

A city of glamour and luxury, renowned worldwide for its Film Festival and Croisette promenade, Cannes chose CAME to secure the main access points to the pedestrian areas along the Croisette that make up the “golden square” - Croisette-Serbes, Croisette-CDT André, Barrière Macé-Croisette - and Boccacabana beach.

For the development of this important project, CAME relied on the experience of CAME Urbaco, the brand of the Group specialised in designing and creating technological solutions to control and delimit residential and commercial urban areas, as well as to protect sensitive sites where the security of people and buildings is crucial.

The security project developed by CAME encourages the flow of pedestrian traffic, while guaranteeing controlled access to vehicular traffic in the “golden square” along the Croisette, during the city’s events. To this end, the area has been fitted with ONE EVO high-security bollards, built to withstand the impact of “ram” vehicles and certified according to the latest international regulations, and with G6 EVO fixed bollards.

All access points secured by the retractable bollards are linked to SYGMA 3 software, a controlled-access system that enables the general management of all remote access constituent parts. SYGMA 3 is connected to the centralised technical management (CTM) system based on a synoptic of controlled areas and linked to the local police department. 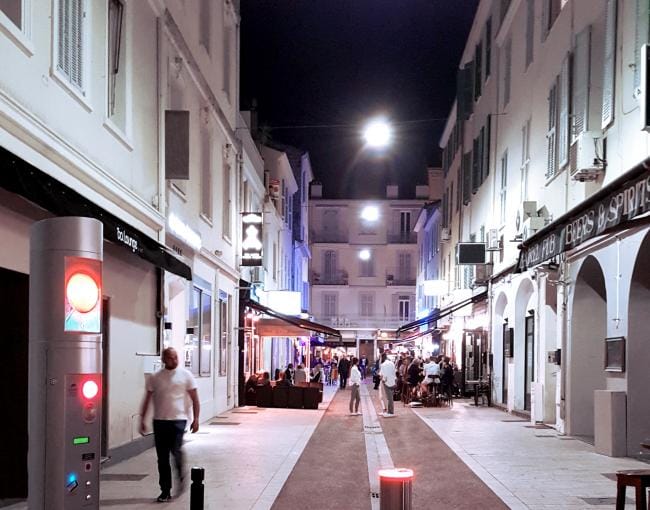 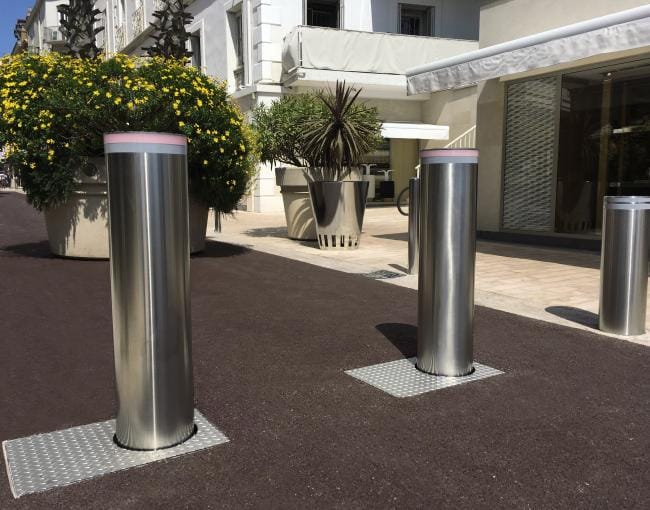 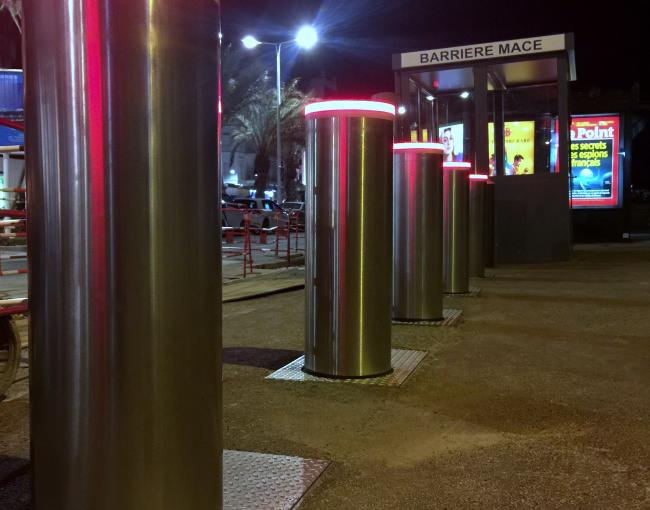 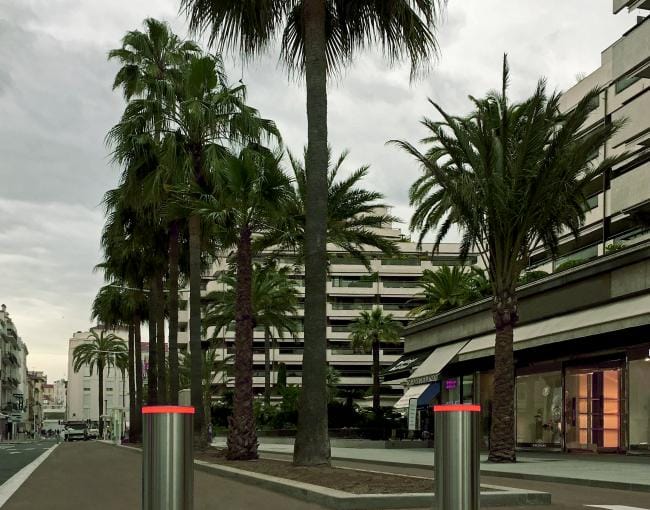 The entry point to Macé beach near the Festival Palace is secured with 6 ONE 50 EVO retractable bollards that allow controlled entry and exit and 2 ONE 50 EVO fixed bollards. Vehicles gain access via an interphone system located on a City 6 EVO tower fitted with all operating elements, like the PLC mounting plate, control devices and signaling components, and is linked to the local police department. This is a popular tourist area, particularly in the summer season and during the Film Festival in May, and is therefore a site where safety is a top priority. The biggest challenge in this case was to control the access of vehicles loading and unloading equipment at the Festival Palace. Engineered to protect sensitive sites and guarantee high protection levels, the ONE 50 EVO model is able to withstand the impact of two 7.5-ton trucks traveling at 80 km/h. The bollards have been customized with the city’s logo and feature illuminated top rings that make them blend perfectly with the surrounding urban environment.

The Croisette-Serbes is one of Cannes’ most well-known thoroughfares. It is a high traffic road that leads to the Croisette and seaside attractions and needed a solution to secure the safety of pedestrians, road users and shopkeepers during event season. The road’s two access points have been secured by 6 ONE 40 EVO retractable bollards able to withstand the impact of a 7.5-ton truck traveling at 64 km/h. The bollards are controlled by two City 6 EVO towers equipped with an interphone system with a direct link to the local police department. The installation of 4 G6 EVO fixed bollards provide a further level of security for these access points.

Access to CDT-André has been secured with 2 ONE 40 EVO retractable bollards and 2 G6 EVO fixed bollards managed from a City 6 EVO tower and the SYGMA 3 access control system. Because it functions as an exit route from the Croisette, controlling access to this popular shopping road was key to securing the safety of pedestrians during event season.

Inaugurated in the summer of 2017, the 700 meter long Boccacabana seaside promenade has been fitted with 115 G6 EVO reinforced fixed bollards. It is a popular area where people come to gather. walk or bike along the seafront, and take advantage of the fitness areas, picnic tables, bike paths and green areas installed all along its length.

La Bocca is a district of Cannes located a short walk from the Promenade des Croisettes and located 50 meters from the beach du Midi. It is a privileged area with large tourist residences full of shops such as bars, restaurants and boutiques. The structure of the streets has given a spirit of village to this neighborhood; in order to preserve this characteristic, the main accesses to the pedestrian areas have been equipped with 6 ONE 30 EVO retractable bollards (managed by City 6 EVO units) and 81 G6 EVO fixed bollards.

“We are proud to have provided our highly-customised solutions to make the urban areas along the Croisette and Boccacabana beach safer and help people feel more protected. This project is a testament to CAME’s know-how when it comes to managing the safety and control of large-scale works and planning safe and smart urban spaces that are in line with the dynamics currently at play in the world’s big cities. Our goal is to create environments that are more livable and that people can enjoy thanks to smart and customised technological solutions that provide 360° service and improve the quality of life in our cities.”

It’s an ideal solution to secure schools, high schools, shopping centers, hotels or condominium buildings, where the level of security is moderate.

OUR RANGE OF Management Systems

The City 6 EVO Totem is street furniture in wich is integrated all operating elements (such as the PLC mounting plate, control devices and signalization components). 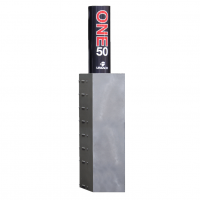 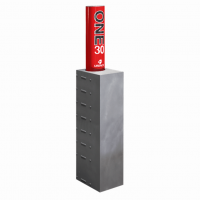 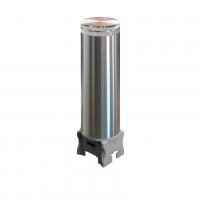 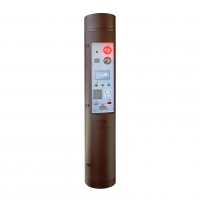