"This year we celebrate the 50th anniversary of the founding of CAME. We have come a long way and have a achieved a great many successes. At the same time, we look to the future, to the important plans for growth in which technology and integration will play an increasingly central role. Over the past 50 years, we have lain the foundations for being able one day to celebrate 100 years of CAME and in the next few days we will start to work towards this new goal."

A. Menuzzo
President of CAME 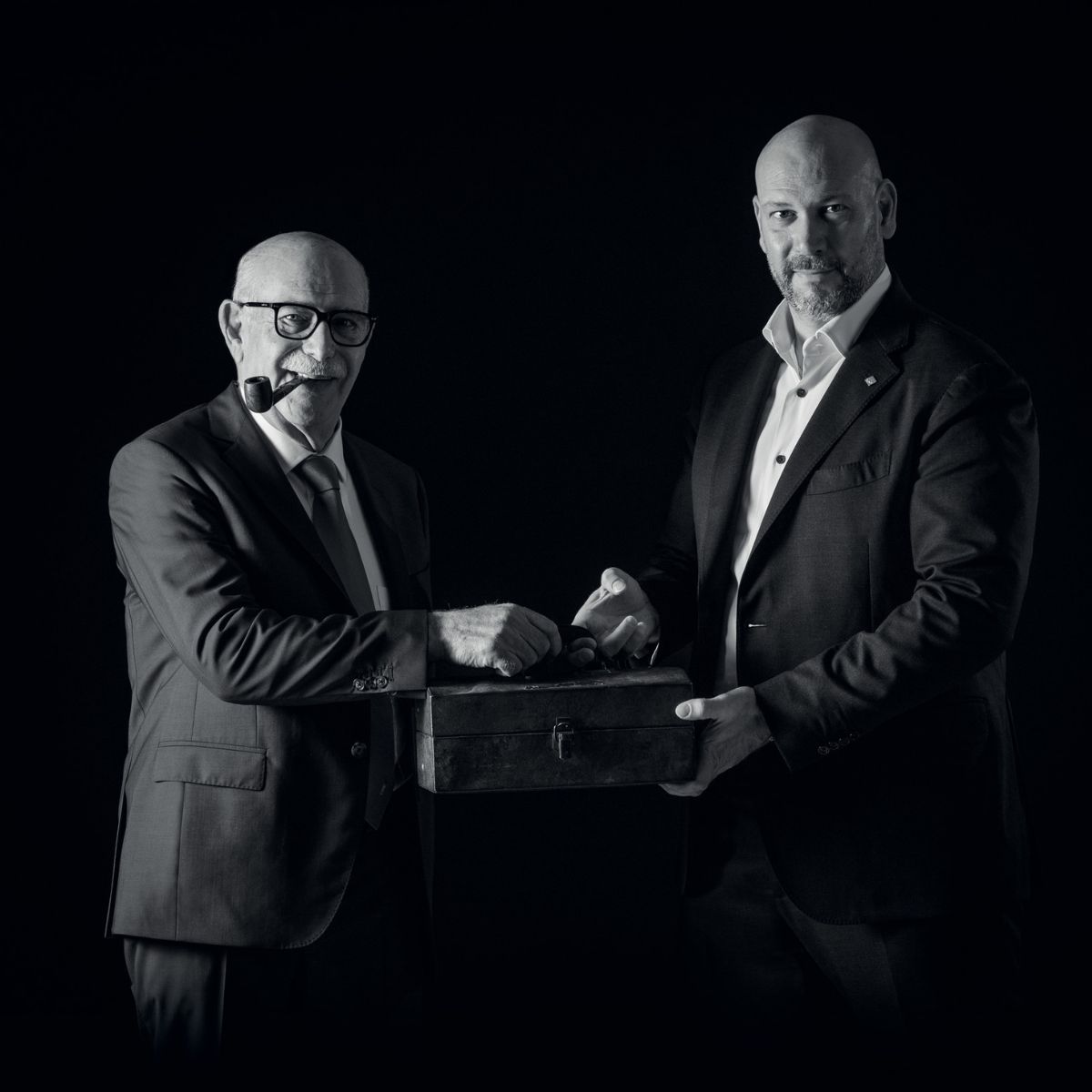 2021 has been a year to remember: although the whole world is experiencing difficulties, together we have achieved important goals and built reputation, success and awareness around the company and its products.

2022 is going to be an even more important year, where we'll combine our strengths to keep on growing our Group around the world. Moreover, 2022 is also a very special year since we celebrate 50 years of experience, work and history together.

To honor this important milestone, we compiled a calendar celebrating the most iconic and defining moments of our history, from the foundation to the first products, from patents to awards, from installations to people. Month by month we wanted to comment on the pictures with the most vivid and real memories. CAME was founded in 1972: intuition, entrepreneurial will and the ability to understand the needs of the market have not changed in the course of these 50 years of history.

Paolo Menuzzo, Founder of CAME, recalls the spark that gave rise to the company:
"In the 1970s owning an automatic gate was a status symbol: my idea was to create a company and make these gates a product within everyone's reach. After all, I've always wanted to be an entrepreneur, ever since I was a boy looking at the companies that sprung up along my route to school, imagining one day building my own."

The first CAME underground operator marked a profound innovation not only for the company, but also for the market.

Founder Paolo Menuzzo recounts: "Ideas that are still relevant today, a point of reference for the market, were born from projects that my collaborators and I created years ago. Projects, not just products: an example is the first underground operator A1 model, the forerunner of the better known Frog, which for the first time introduced limit switches managed from the control panel. Today, I'm proud of the fact that when an installer is looking for an underground operator, he asks for a 'Frog-type' model, a name we chose to emphasize the product's amphibious capability and which coined the entire category." 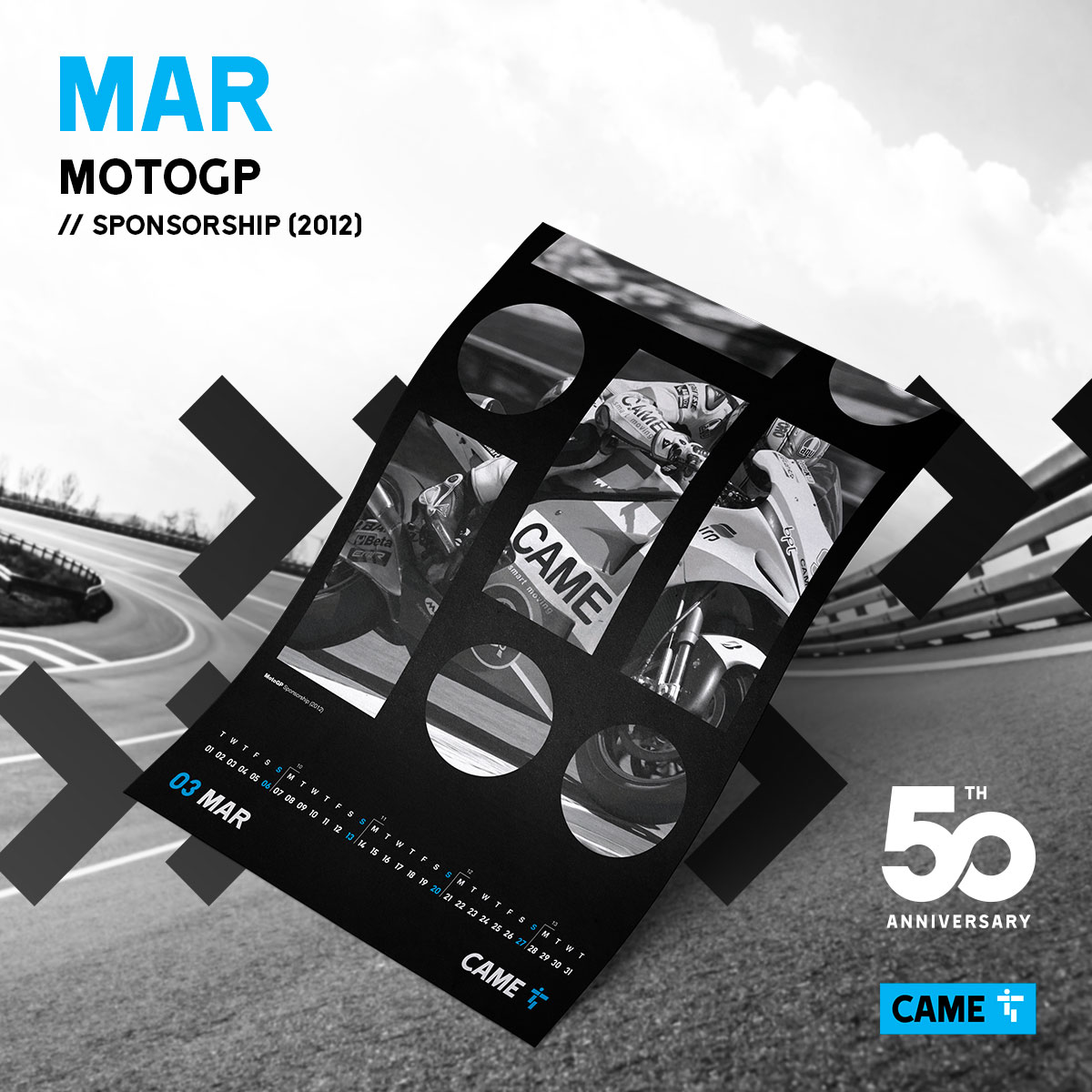 "The intention was to show our way of thinking: always striving for the best in a world where technology wins when it is supported by human presence. A world where people make a difference - says Andrea Menuzzo, President of CAME, when he recalls the decision to partner the company with the world of motorbikes and sport. We have, so to speak, paired technology, research and the passion we put into developing our projects with the challenges and competition of motors". 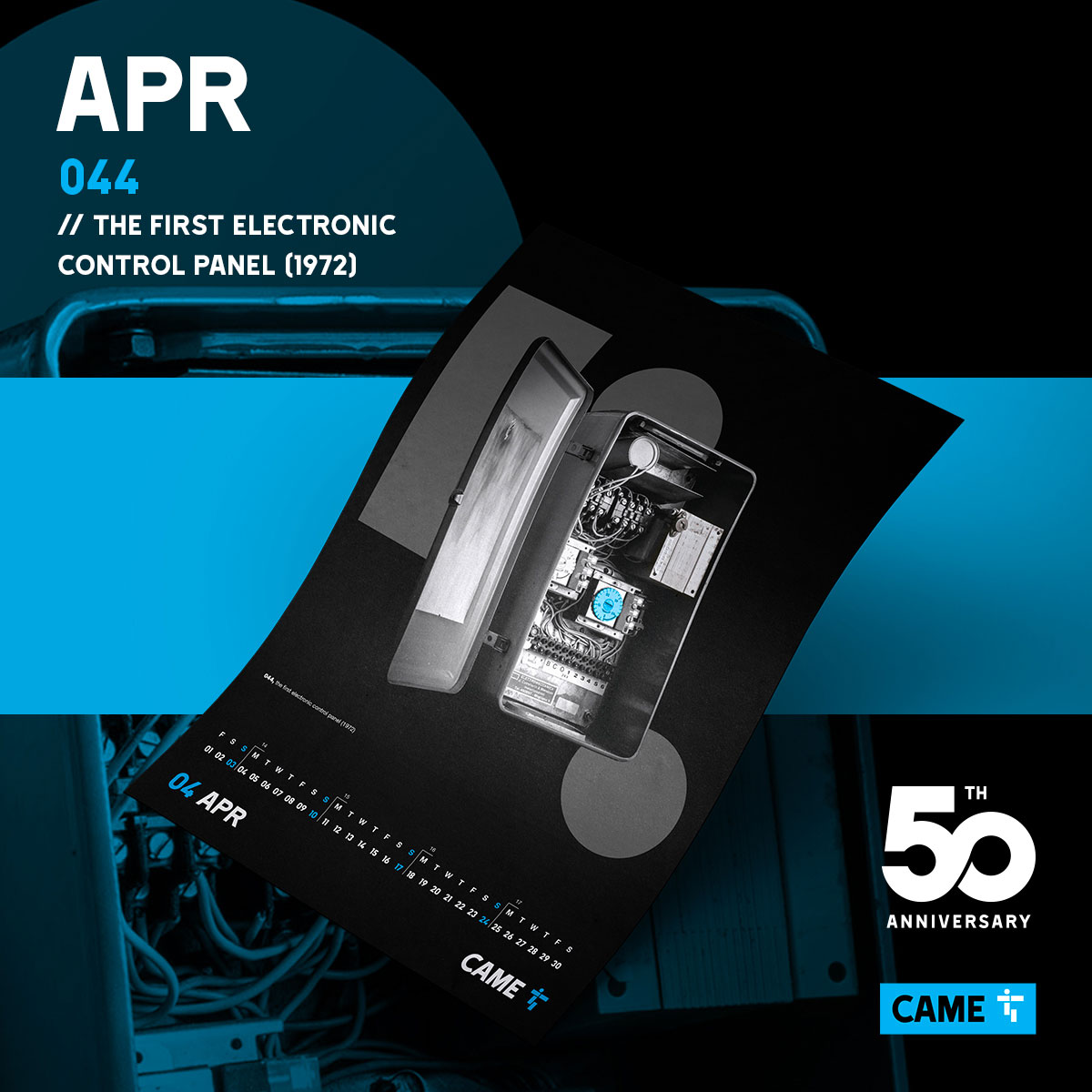 CAME has always stood out for its ability to create innovations that have made the work of installers easier and quicker.

"We transformed the limit timers by inserting them into the electrical panel: looking at them now it seems a triviality, but it was a sort of revolution," says Paolo Menuzzo, founder of CAME. We then introduced other devices such as the torque switch, an application ‘made in CAME’ to adjust the power of the motor and therefore of the gate leaves. In other words, we have always provided new solutions to every new need, because I have always believed that problems are made to be solved".

Having won the prestigious Archiproducts Design Award for two years in a row is a legitimate source of pride, commented Andrea Menuzzo: In recent years we have been developing an increasingly close relationship with design. We wanted our products to be not only innovative and high-performing, but also attractive to look at and enjoyable to use, a complement to the architecture of buildings. For me XVP is the symbol of this path, a goal that thrills me, a sign of where we can go". 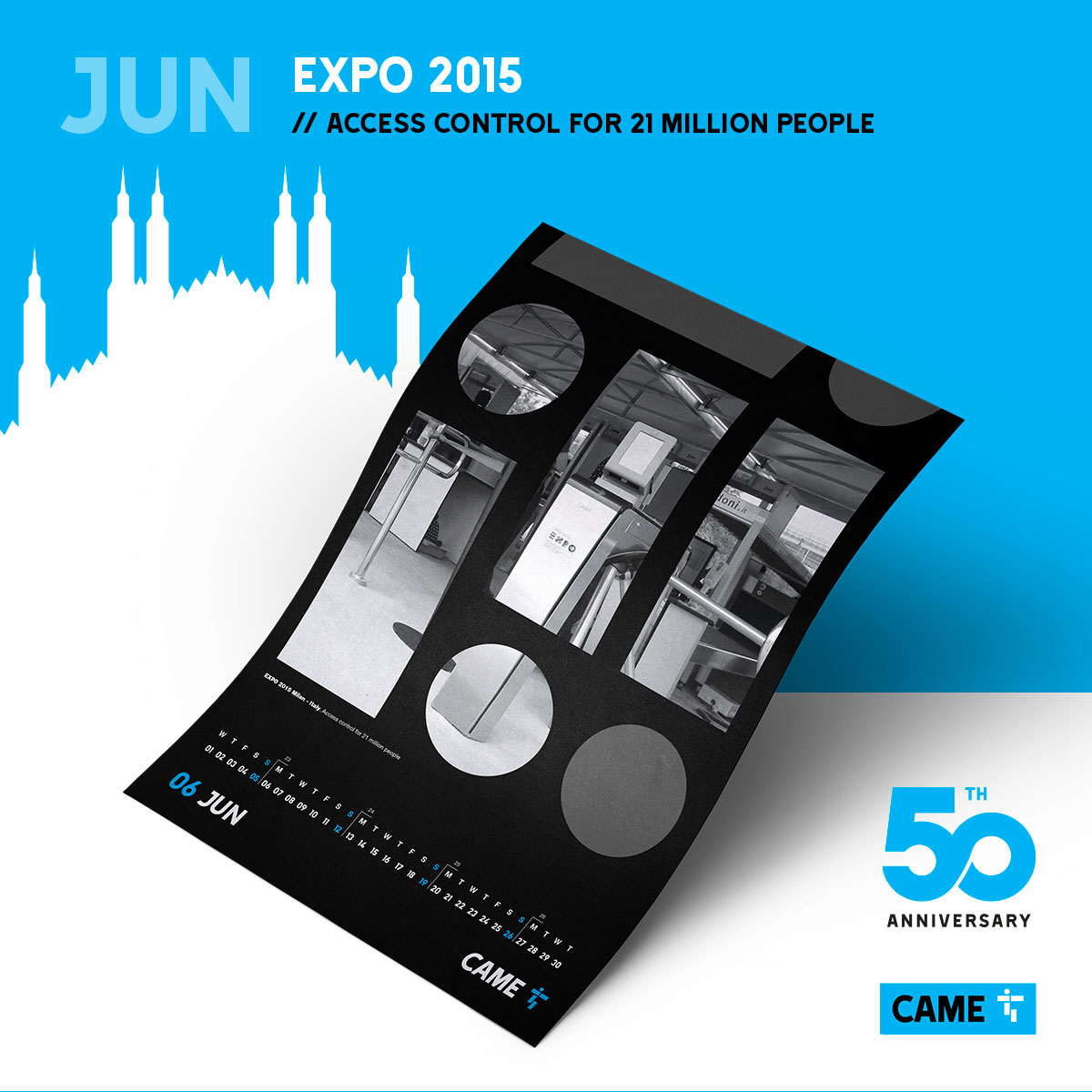 In 2015 CAME presented itself as an ambassador of Made in Italy, creating the access control system for Expo Milano 2015.

"Turnstiles were created about ten years earlier," recalls Paolo Menuzzo, "but I still remember the excitement of being one of the first of more than 21 million visitors to pass through those turnstiles. When we took on the challenge in the company there was some hesitation, but I never had any doubts and I always believed that we could do it. My role is to convey confidence, because I know I have employees who have the ability to create important projects and products."

"I remember the sense of responsibility that fell upon us at Expo Milano," adds Andrea Menuzzo, "the challenge, before the eyes of the whole world, to secure and guarantee the functionality of an iconic place on the planet. Those were years in which the topic of security was strongly felt: we did our best and made the perimeter, work and access of millions of people safe". 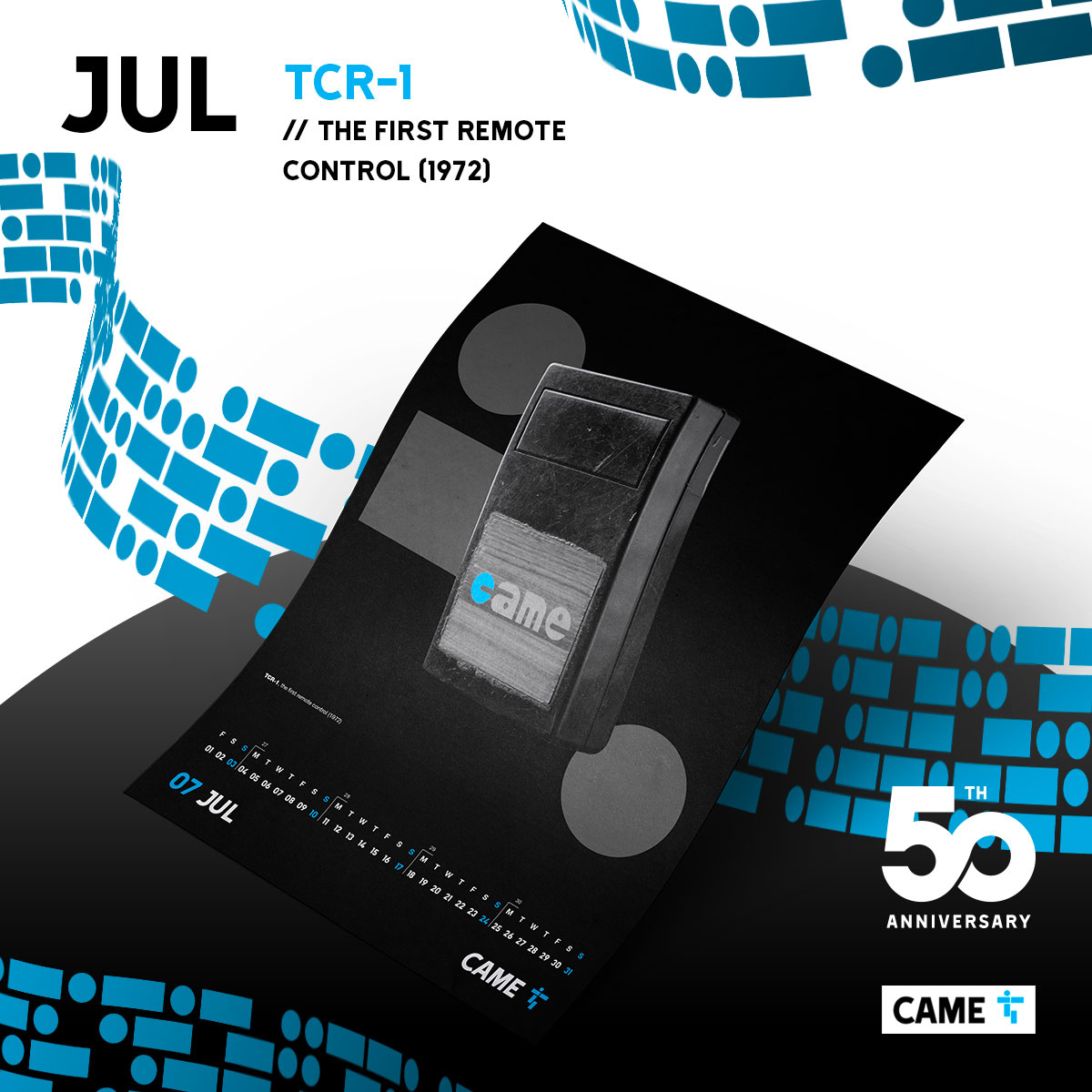 The first CAME remote controls. "We used to call them bars of soap," recalls Paolo Menuzzo, "because they were that shape and small enough at the time to fit into a handbag. They were considered an object of desire: I remember that whenever they were used, people would stop in amazement to see the gate that opened "even" from inside the car. The first remote controls were basically manufactured one by one, but they inspired us to produce them industrially". 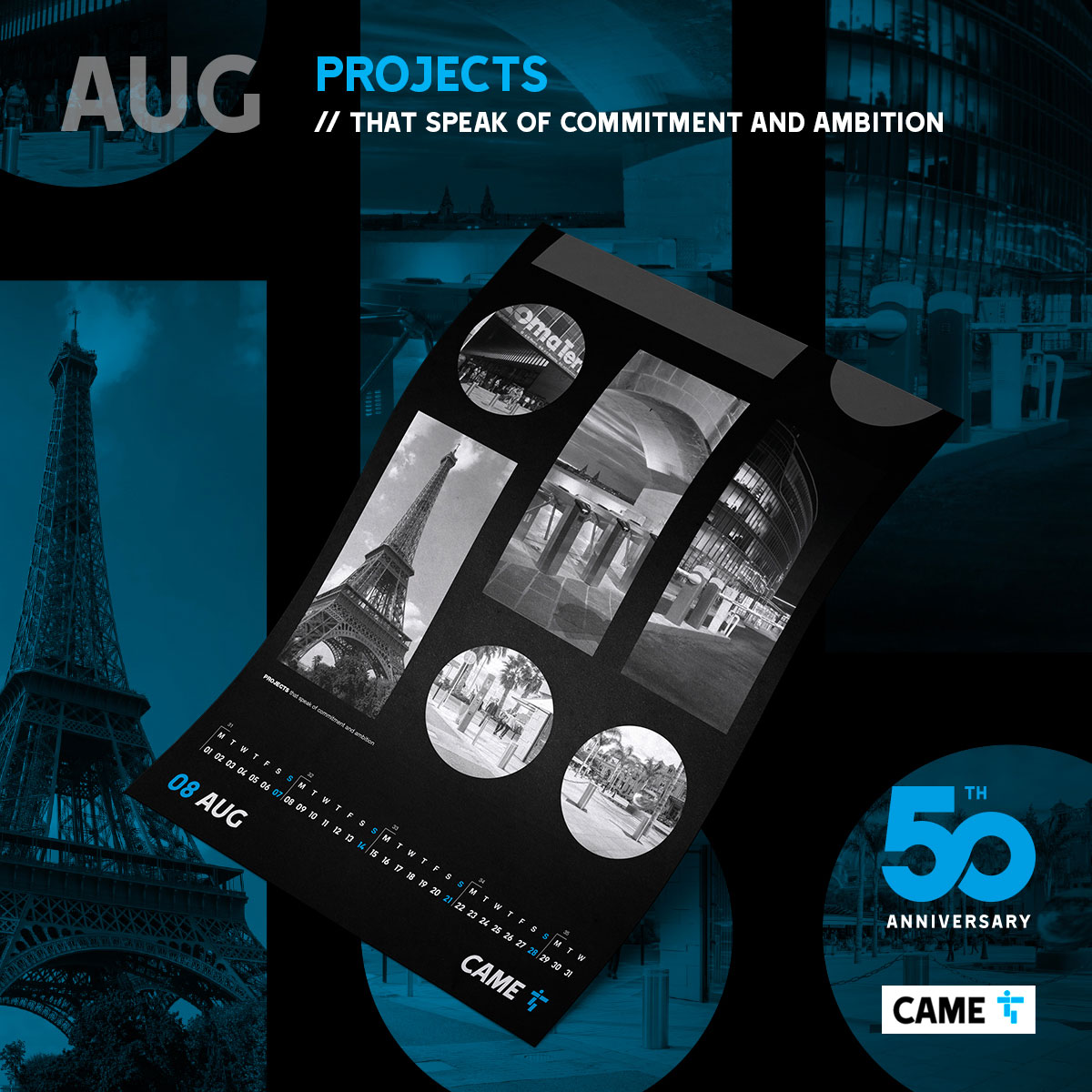 Andrea Menuzzo comments on the relationship between the city and security, smiling: "the fact of being Italian has given us an advantage: we are used to living in extraordinary places where nothing is standard, and where we are custodians of panoramas and landscapes. Well, I like to think that we guarantee maximum levels of security without ever being intrusive, without altering the places where we operate; and I am proud to know that the CAME brand today protects some of the world's best-known and best-loved monuments and places, ranging from the Eiffel Tower to the Place du Casino in Monte Carlo, from the railway stations of Rome to the Croisette in Cannes".

"This is the motor of a sliding gate," says Paolo Menuzzo. "What is interesting is that with these products we have integrated the electrical panel with the motor, providing installers with a complete solution and giving rise to a new generation of automations. A streamlining that has helped transform the business: if before it was dedicated only to specialists, now it is within the reach of all installers." 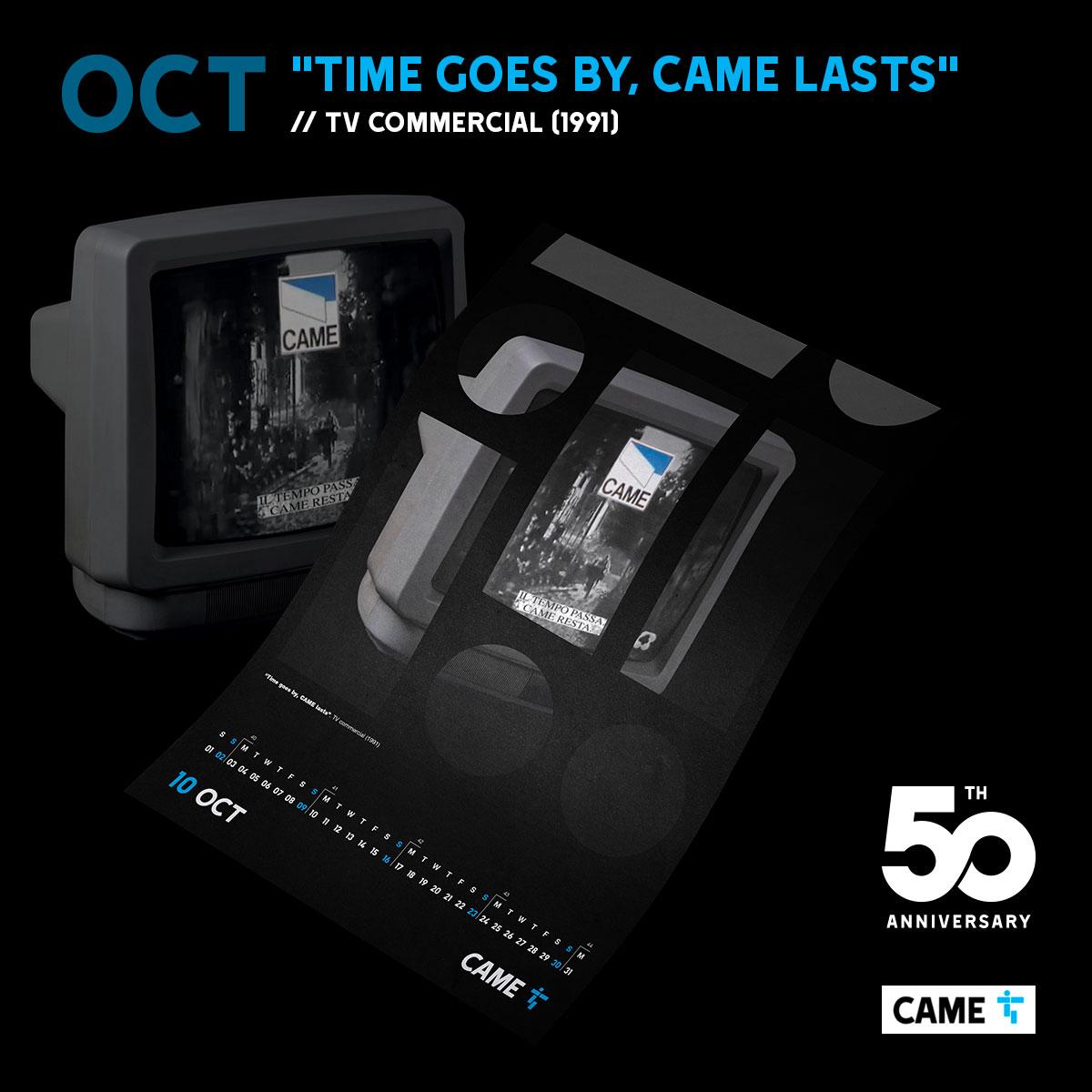 "Installers and designers have always been our primary audience, but at some point we felt the need to talk about CAME to the general public in a more incisive manner," recalls Andrea Menuzzo, "and to speak with consumers. I remember this television campaign very well, which began almost as if it were an adventure film, a life story in which our products were both protagonists and accomplices in a story."

"The remote control has always been an iconic accessory," explains Andrea Menuzzo "a narration in essential lines of all our products. In fact, to make it, we drew inspiration from our own designs, in a mix of tradition and modernity. In reality, I have to admit, I'm used to looking at people's key rings when they show them off, perhaps placing them on the table for a moment. If most people are attracted by the key and the car model, for me the most satisfying moment is recognising our remote controls, with their unmistakable design, in the hands of consumers all over the world." 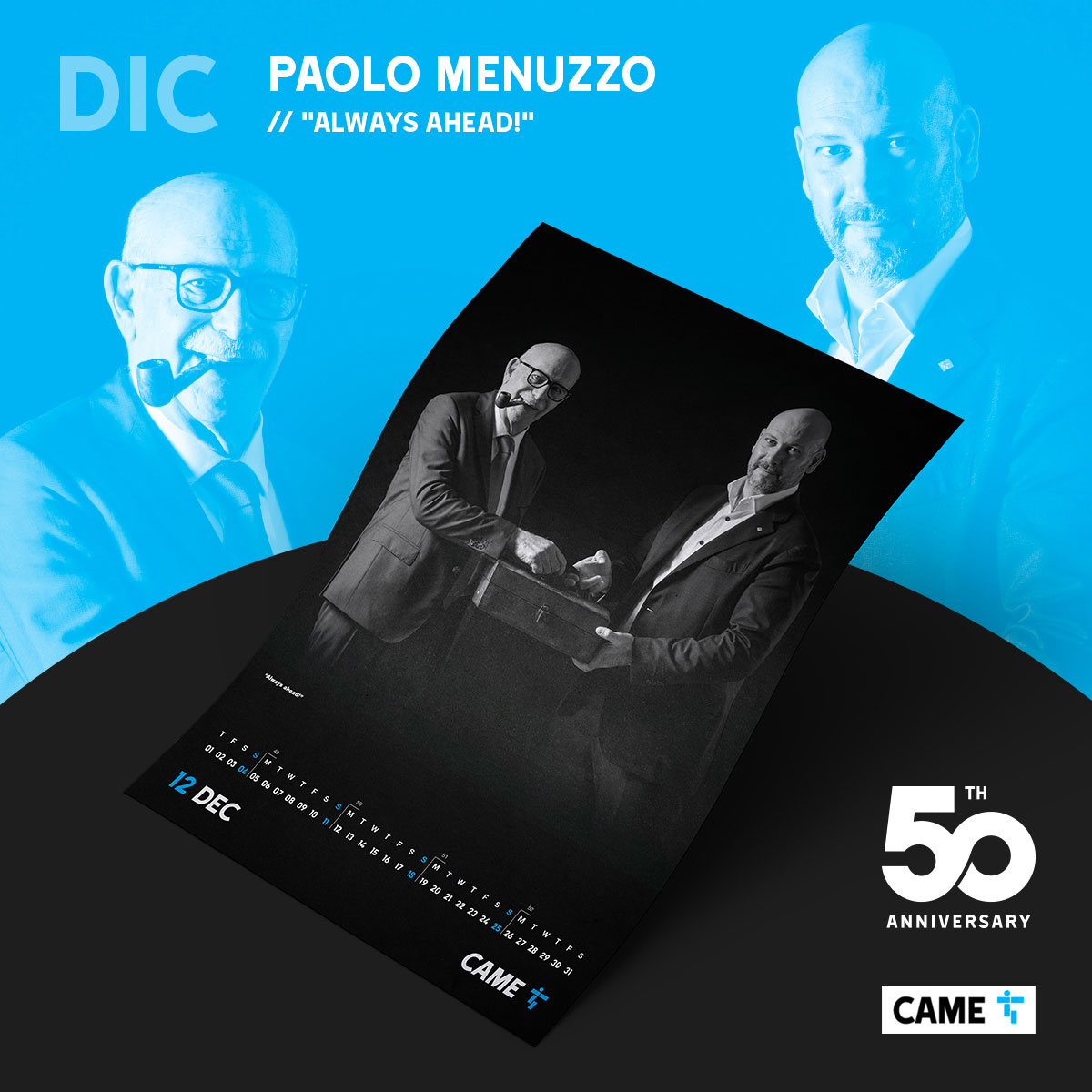 "I always wished to pass the baton on to my sons: the company is part of the family," says Paolo Menuzzo, "a way of conveying the values of attention, the desire to grow and the sense of being part of something bigger than ourselves."

"CAME has always been somewhat like our big brother," recalls Andrea Menuzzo, "it has also taught us that the sense of family is first of all to be responsible for many families, that a company is not a place to work but a place where - together - we plan, grow and live: this was the case when we were founded, and it is even more so now that we take these values of ours all over the world."

GO BACK TO THE COVER >

From its dèbut with FROG and BIMBO in the 1970s to the major projects of the early 2000s and the recent automations for the world's largest stadium. To mark the anniversary, the Chairman of Assindustria for Central Veneto, Leopoldo Destro, presented the company's founder, Cav. Paolo Menuzzo with a plaque in recognition of his entrepreneurial abilities.